Swami Vivekananda travelled through the whole world during the short period of 15 years—from 1887 to his maha-samadhi on 4th July 1902. He gave more than 400 lectures, wrote more than 46 poems, 100 books and articles, and 700 letters. He was a popular public figure. More than 1,400 news reports were published on him in American, European and Indian newspapers. He gave more than 28 interviews to various reporters. Also, during this period, his friends and disciples noted down the large number of ideas he discussed among them.

He thought, wrote, and spoke about every conceivable subject—from spirituality to Indian and Western philosophy, culture and civilization, arts and history, lives and teachings of great prophets and Avataras, and science and technology. He was an accomplished singer and pakhavaj player. He could cook delicious Bengali dishes. He had attained Nirvikalpa Samadhi—the highest stage of spirituality—and lived the holy life of a brahmachari Sannyasi.

His immense spiritual and intellectual outpouring is published by Advaita Ashrama as The Complete Works of Swami Vivekananda in 9 volumes. This Complete Works is translated in many languages. To make our quotes authentic we give reference of the Complete Works below every quote. 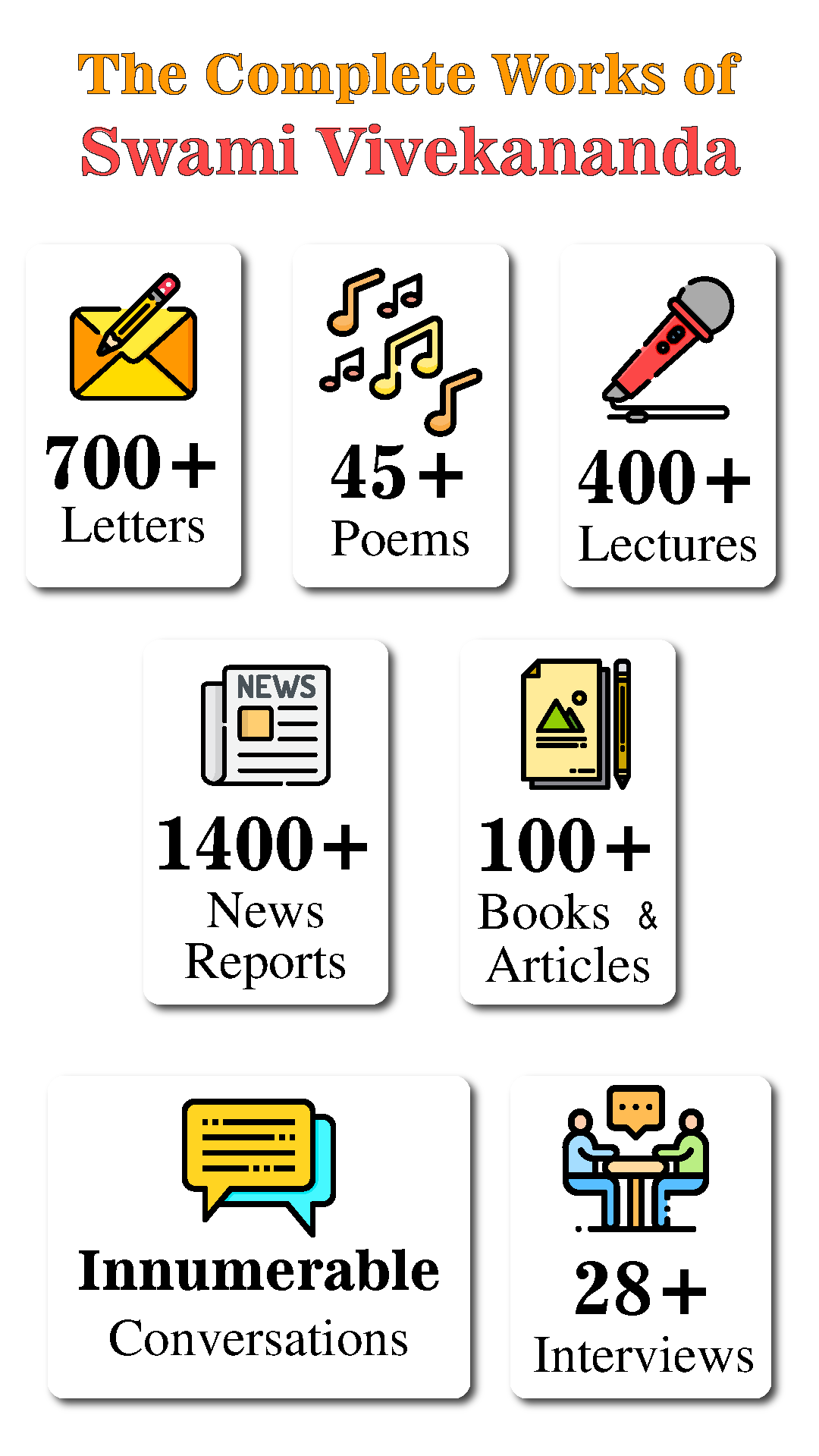